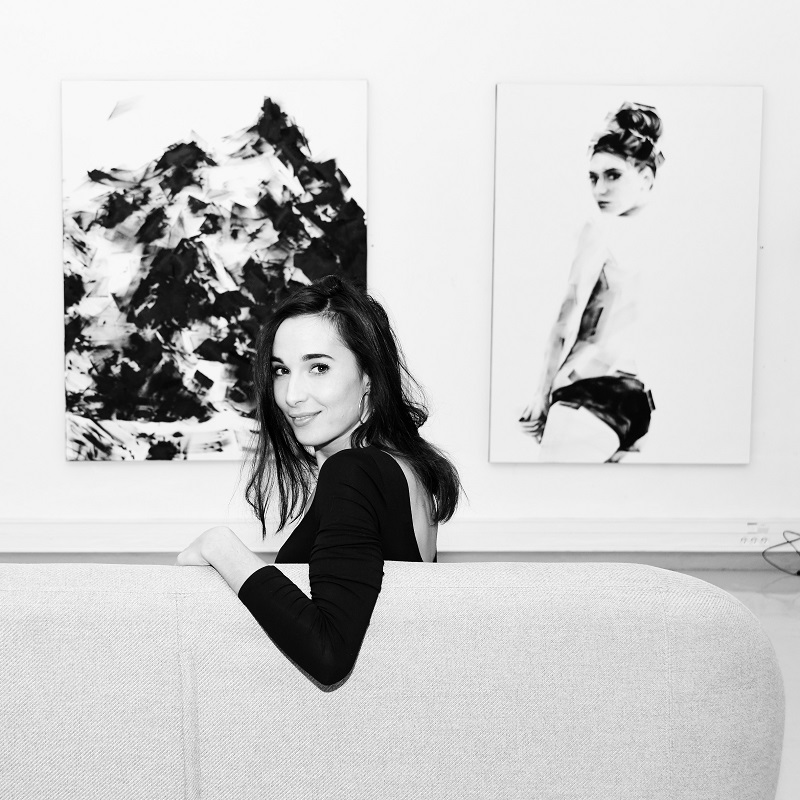 Born in Paris in 1989, Marion Cadet graduated from the Versailles School of Architecture. However, she was caught up in her passion for painting and quickly turned it into a career. In November 2014, during an exhibition at the annual art salon of French artists at the Grand Palais in Paris, she received the Bronze Medal, which confirmed the young artist in her choice of life and marked the beginning of her career.

Highly inspired by the women of her generation, Marion Cadet’s artistic production focuses on a permanent research around contemporary femininity. Each work requires a great deal of preparatory work, since Marion relies on live model shots, which feed her inspiration. Through the personality of my models, their postures, the framing, I try to translate my own moods”.

Marion uses exclusively black oil that she applies with wide, dense or flush strokes. The movements of her brushes are charged or sometimes just scratched. In works bursting with freshness, they sculpt the shadow, absorb and slow down the light.

Paradoxically, the search for detail holds a fundamental place in his paintings: “How to evoke softness and subtlety by applying this black paint on the canvas with a dry, lively gesture, with a wide brush”? We find there all the magic and talent of the artist, a perfect balance between precision of details and raw aspect related to the technique used, between impression of the sketch and the quasi-photographic rendering of the subject…

Today, Marion Cadet is considered as an emerging value in contemporary art in France. Her works are also exhibited in Brussels, Geneva, London, Munich and New York, and have already garnered numerous prizes.